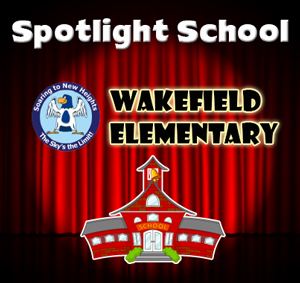 Today ROCKED at Wakefield Elementary School. I visited the first graders in Mrs. LaPiana’s and Mrs. Darrow’s class. The students became Junior Geologists because we studied soil, rocks, and minerals. If I had to pick something they liked the best, I think I would say the “Soil Safaris.” They loved searching for rocks, humus, and even some decomposers. What decomposers? Worms! It was slippery, slimy, and great! What a ROCKIN’ good time we had!

What I really loved about today was being there with my fellow scientist, Scientist Aaron: Rarely do we get to be at the same schools together. Not only were we at the same school, but he was also teaching “Soil Rocks!” in Mrs. Milton’s and Mrs. Bacon’s room. Here at SFFE, we believe in teamwork, and after each program, we like to check in on each other to see if anyone needs some help cleaning up or packing up. Well, as usual, Scientist Aaron came to check on me after each session, and boy were the Junior Geologists thrilled to see not one, but two scientists. They had so many questions for us: “Who’s that?”, “Where did he come from?”, “Do you guys know each other?”, “Do you guys work together?”, “Where are you going next?” They were so inquisitive, which is a great characteristic for a scientist. I think they show real promise in making a career out of it.

I can’t wait to make it back out to this school in the future.