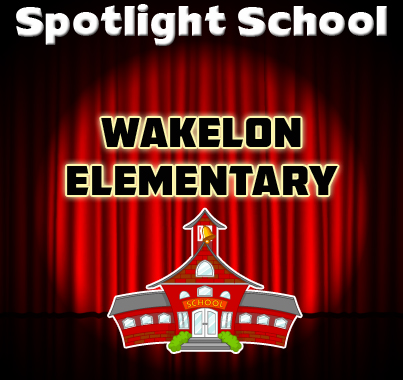 On this COLD Thursday I was glad for no delays, as I was lucky enough to get to spend the day with the 5th graders at Wakelon Elementary for the second time this year!

We spent the day thinking about our body systems, and even got to look at some real animal organs! After some initial “EWWWs”, students enjoyed figuring out what each organ was and what body system it belonged to. We were amazed to learn how the sheep heart was roughly the same size as their heart, and that we could tell how intelligent the sheep was by looking at the texture of its brain (not very smart!). One student joked that he would never be able to get that brain out of his brain!

Students then used their knowledge of body systems to come up with their own organism. They created lots of new flying animals, including a flying snake! Some students creatively put lungs in the wings so their animal could capture the air moving past as they flew. Others put brains in the wings so they had a mind of their own!

We also enjoyed a few gooey experiments! We observed how some special crystals absorbed fresh water and grew, then released that water and shrunk when we added salt. Students were amazed to learn that real cells can do the same thing, which is why many animals, like frogs and jellyfish, can only live in fresh or salt water, and can’t survive in the other. Finally. We made some slimey single celled organisms!

I had a great day and hope to see this 5th grade group again!