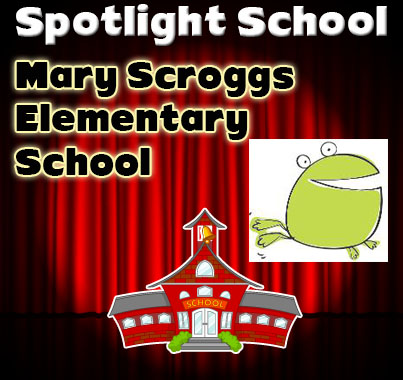 As I pulled up to Mary Scroggs Elementary School, I knew that the students were going to be excited about their science field trip. The kindergarten classes completed “Motion Mania” and learned all about movement. Not only were the scientists learning about the movement of objects, but they also learned about the movement of animals too! As physicists’, we studied the movement of a balloon rocket and learned all about centripetal force and gravity. We learned that gravity is the force that keeps things on Earth. The scientists were amazed as I was able to keep a cup of water on a board while spinning that board completely over my head! Then we moved on and became zoologists. The zoologists studied the movement of super worms in their natural habitat. As we all know, the classroom is not the natural habitat for a super worm, so the zoologists had to make a habitat using soil, sand, and rocks. We also made an obstacle course for our super worms out of blocks and used feathers to move around the course. The scientists were amazed at how fast those super worms climbed over and crawled under all of the blocks.