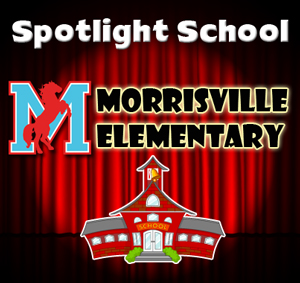 As the week started winding down, I was excited make my final visit of the week at Morrisville Elementary School doing one of my favorite programs, Soil Rocks. I was thrilled to see a few familiar faces of students who have attended our camps. Shout out to Ella Kate and Owen!

We set up our mobile cave in a dark room near the library. The students walked very wide eyed with several questions on what we were going to do today. I was even welcomed with high fives from one class. Our program started with a discussion on soil and why its so important for scientists to study it. The students had already learned so much and I was amazed at their knowledge about plants providing us oxygen as well as their ideas on composting. I think the future is in good hands.

During our experimenting on soil, we were able to observe and sort different items that make up our soil. The students even found a few worms crawling around. After a quick discussion about worms not being able to bite, scratch, or lick you in the face, the screams quickly turned into aww’s. Here at Science Fun, we try to develop brave scientists one worm at a time.

After soil came my favorite part: excavating rocks in the cave. The junior scientists got mining pans and headlamps as tools to excavate some rocks ad minerals. It’s awesome seeing their faces and hearing their comments about, “looking like real scientists now” as the put on the headlamps. We quickly geared up and started our search. The junior scientists could hardly contain their excitement with some of the things they found.

Finally, after our search we did a few field tests on our rocks to test for magnetism. If you ask my last class though, it was called a Field Floppy Pants! They didn’t like the word test, so we switched it out with something a little more hilarious.

Overall, I had an awesome end to the workweek and hope to see them again.