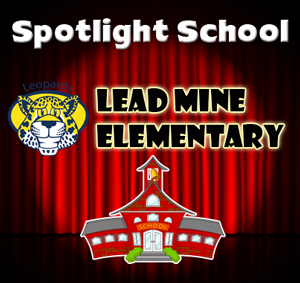 PROGRAM: A Matter of Science

What a week! I knew things were going to be different when, late last Friday, it began to snow! This was going to be the first snow of the winter, and I was very excited. I went to sleep and woke to find that everything was white! After sliding around on icy sidewalks and a brief snowball fight with my wife, I began to wonder how the storm would affect the schools . . .

As it turned out, to the great delight of students everywhere, WCPSS closed schools, starting on Monday. I myself was dismayed because I was worried that I might not get to teach my favorite program, A Matter of Science, on Thursday. In that program, the kids get to experiment with the states of matter by making (and eating!) their very own ice cream, combining chemicals to make plastic bags blow up and pop, and stirring up their own disappearing ink for devious pranks. (I sincerely apologize if I’ve been responsible for any stained-clothing scares. But I warned the kids to tell you it would disappear! Anyway, moving on…)

When I checked the forecast for the week, however, I saw that temperatures were on their way back up, and my worry evaporated just like the snow and ice. On Thursday, the first day back for WCPSS after the snow, I rolled up to Lead Mine Elementary with my favorite program and quickly set up. Throughout each of the four programs that I taught, the students were wonderfully attentive and engaged. The teachers were even surprised at the quality of the ice cream we made!

Perhaps my fondest memory involved one particular bag-popping experiment. Naturally, I didn’t tell my junior scientists exactly what was going to happen when I threw the packet of sodium bicarbonate (or baking soda) into the chemical-filled bags. (I couldn’t ruin the surprise, now could I?) At a certain table, several of the students had become distracted with asking me some questions. I tossed their packet into the bag and sealed it. A few of their classmates saw that the gas from the reaction was beginning to quickly fill the bag, but before the chatting scientists knew what was coming, the bag broke with a loud pop! They screamed in fear and excitement (much more excitement than fear, I promise) and lost interest in their questions. They then watched closely as the three remaining bags filled up and cheered when they exploded.

All in all, it was a great day. The kids had a blast, I had a blast, and the teachers had a blast. Indeed, there were a great many blasts had that day. I can’t wait to teach A Matter of Science to more eager scientists. Maybe I’ll be at your school this time!