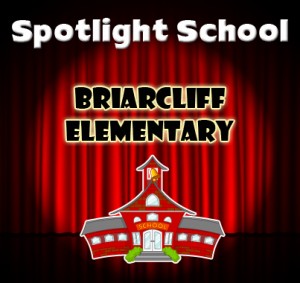 Some mornings, you just wake up tired. You drink your mug of coffee, you give yourself a couple of sharp smacks to the face, but you just can’t shake it. Today was one of those mornings for me.

Until I walked into Briarcliff Elementary.

My first class was Ms. Ward’s class, and right when I walked through the door, 20 smiling faces looked up at me with so much excitement that a REAL SCIENTIST walked into their room, that I couldn’t help but be energized.

Today’s program was all about motion. We talk about how in order for something to move, a force (a push or a pull) has to make it move. One of the things we talk about causing objects to move is wind. When talking about wind, I always like to explain that even though it’s invisible wind is something we can touch. It is made of stuff called molecules. Now when I describe molecules I always describe them as really tiny, so tiny that there are more molecules on your finger than there are people on the planet. When I said this today, it occurred to me, how can I explain that something so small can move something as big as a kite or a sailboat? So an explanation popped into my head, and this is what I said:

“How many of you have a baby brother or sister?”
(About half the class raised their hands.)
“Now how many of you think that if your little brother or sister ran into you as fast as they could, they would knock you over?”
(The whole class defiantly put down their hands.)
“Right, they are so small, they could never push you down, your their big strong brother or sister. BUT, what if instead of one baby brother or sister, you had ONE MILLION BABY BROTHERS OR SISTERS running to push you down!!?!?!? Do you think you could stand up!?!?”
“NO WAY!” shouted the class.
“And that’s how molecules can move things around. One little molecule can’t do anything on its own, but when the wind blows, there isn’t just one little air molecule moving, there are MILLIONS! So millions of molecules can move things around, just like a million baby brothers or sisters could!

That was a really silly visual that the kids had a lot of fun with. It was fun, and I think informative. It illustrated the concept that I hoped to explain in an understandable way. I have never given this explanation before, but I will almost certainly use it again. It just popped into my brain in the moment.

And this moment was one of those moments that I love in this job. At Science Fun we have an opportunity to teach science to hundreds of children a week, and teach hundreds of science programs a year. Through all these different faces and programs, the experiments we do, and the way we describe things morphs to become more exciting, or funny, or informative. This constant evolution is so exciting to experience. But it’s not the mug of coffee or the smacks in the face that fuel it, its the students that are so excited to learn and engage with science.

Thanks for the fuel Briarcliff Elementary!